Recent trends in heroin and pharmaceutical opioid-related harms in Victroia, Australia up to 2018

Aims: To characterize the trajectory in the years leading up to 2018 in pharmaceutical opioid and heroin morbidity in Victoria, Australia, and to assess the effect on that trajectory of reformulation of oxycodone to a form that could not be easily snorted or injected. Design: Interrupted time–series analyses of population‐level data before versus after reformulation of oxycodone, stratified by sex. Setting: Victoria, Australia. Participants: The population of Victoria aged 12+ years. Measurements: Ambulance patient care and emergency department (ED) records were examined using both fixed‐code and free‐text fields, with each record manually cleaned and checked by trained coders. These were used to derive the output variables providing an index of harm: rates of opioid‐related ambulance attendances and ED attendances for pharmaceutical opioids and heroin. The input variable was pre‐ versus post‐oxycodone reformulation. Findings: There were 30 045 opioid‐related ambulance attendances from January 2012 to October 2018 (54% heroin‐related), and 10 113 ED attendances from July 2008 to June 2018 (39% heroin‐related). There was an increase in the rate (events per 100 000 people per year) of all opioid ED attendances from 2008 to 2018 [increase = 0.063; 95% confidence interval (CI) = 0.049, 0.078]. Pharmaceutical opioid ED attendances decreased from 2014 onwards (slope change = –0.083; 95% CI = –0.108, –0.059). Heroin‐related ED attendances increased from 2014 to 2018; 11 324 heroin‐related ambulance attendances and 1980 ED attendances were observed from April 2014 to June 2018, compared with the respective estimates of 8176, and 1661 had the pre‐April 2014 trend continued (ambulance slope change = 0.296, 95% CI = 0.104, 0.489; ED slope change = 0.026, 95% CI = 0.005, 0.046). The inflection point of 2014 coincided with the re‐formulation of oxycodone. Conclusion: In Victoria, Australia, there appears to have been a trend starting around mid‐2014 of increasing heroin‐related harm, and a flattening of the increase or a decrease of harms relating to pharmaceutical opioids. These changes may, in part, reflect reformulation of oxycodone to reduce the extent to which it can be injected or snorted. 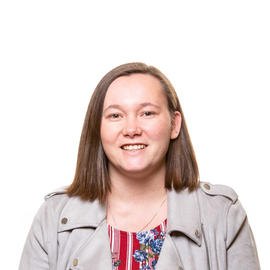